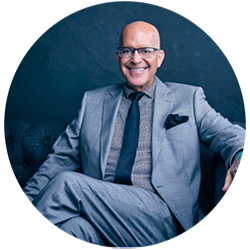 Greg George holds the title as Partner & Director of Sales at Franchise Genies & has had a stellar career in franchising since 2002.

Mr. George has been a franchisor, franchisee and a franchise executive over the past 17 years.

Mr. George has been directly responsible for developing over 15 plus brands while assisting multiple brands during the startup phase & has also been instrumental in acquisition’s and exits’s.

Greg is an expert in franchise development both domestically and internationally with a focus on franchise sales and marketing.

He is a true family man with three sons and his two adorable English Bulldogs Snoop and Sunshine.

Greg’s passion for Kentucky Derby has led him to attend over 37 times.